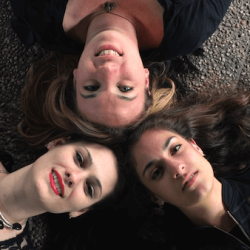 This past summer, some friends and I recorded cover songs in New York City’s Central Park. Most of the time we learned the song right before recording it. On September 25, 2015 we played in New York City’s Fort Tryon Park for the first time and recorded two Sara Bareilles’s songs.
Uncharted & Kaleidoscope Heart